In a recent interview with Iron Fist magazine and the first since the disbanding of The Devil’s Blood, SL addresses the end of six years of duty and the beginning of a new phase in his creative and spiritual process. Iron Fist magazine has been kind enough to allow us to publish this interview here so it can be read by more than just the subscribers. We thank them. 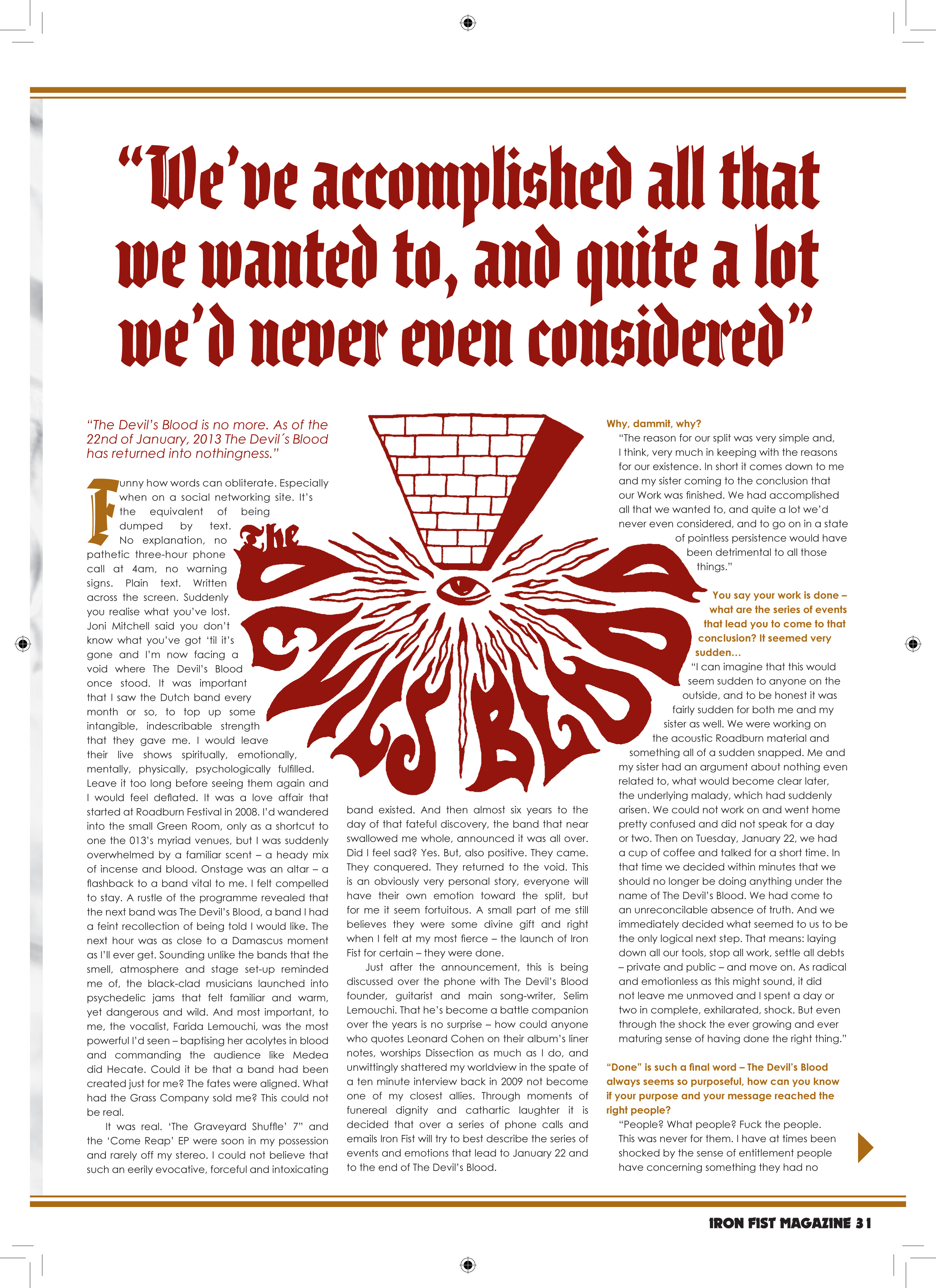 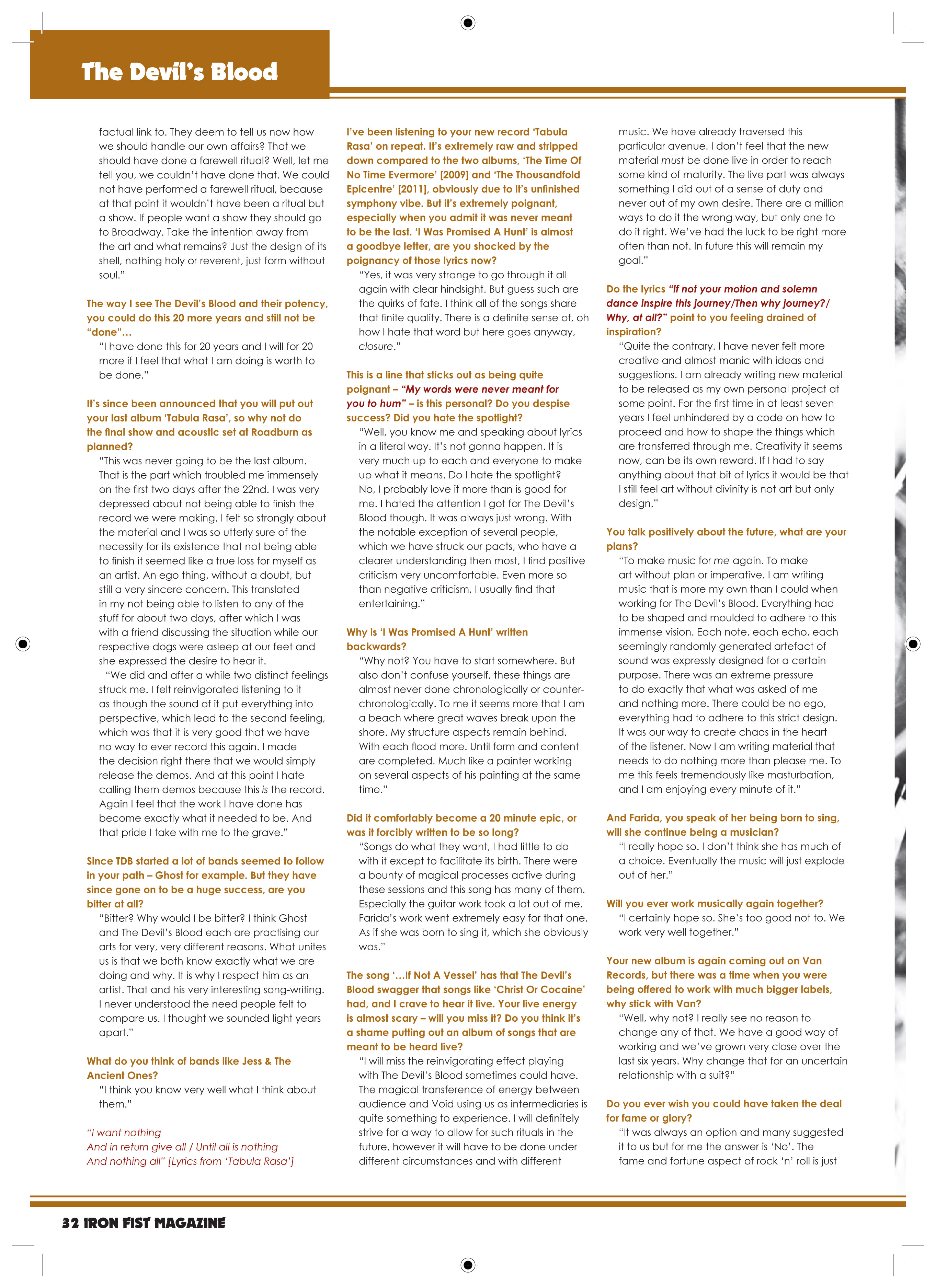 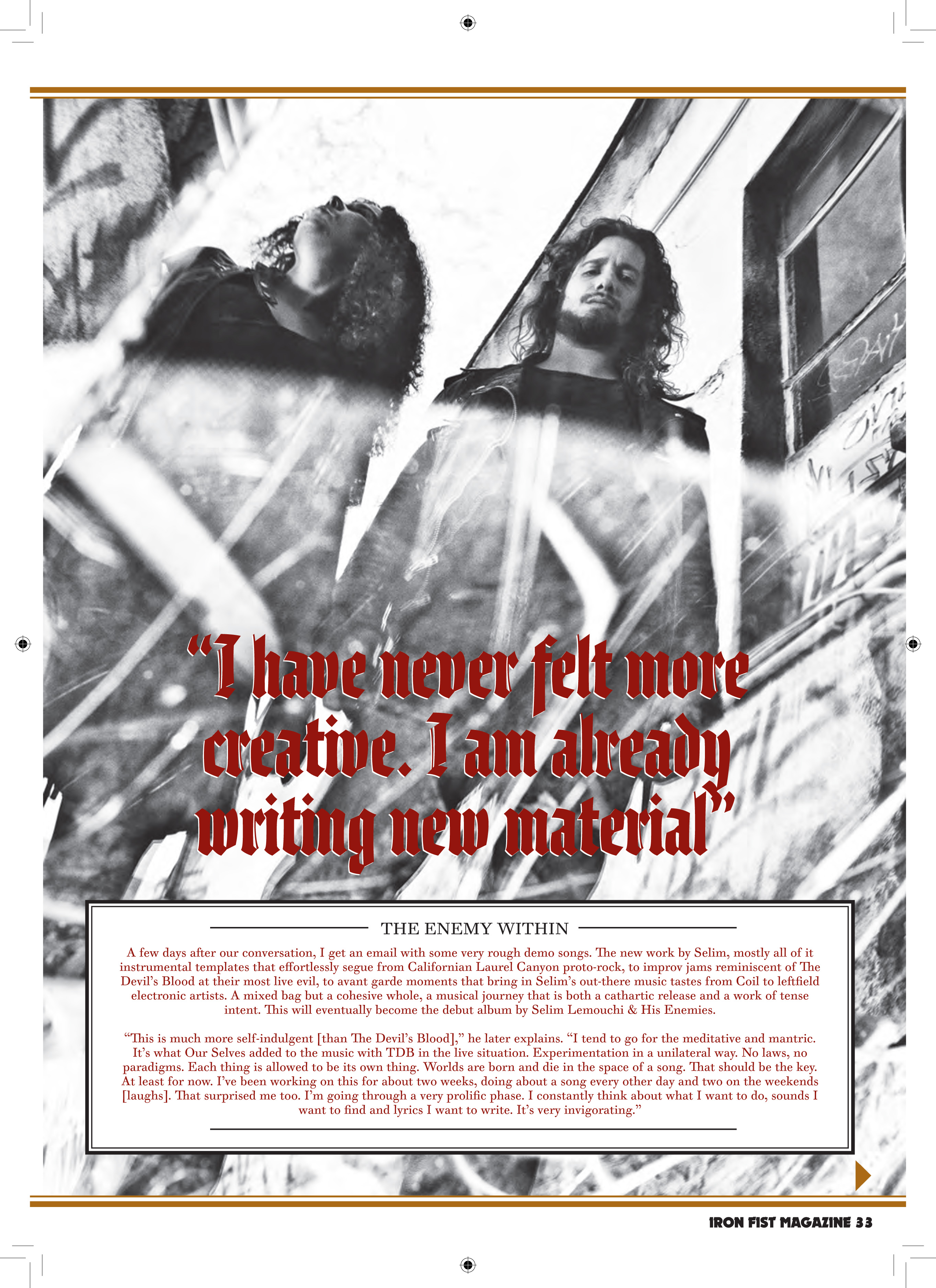 The Devil’s Blood is no more. As of the 22nd of January 2013 The Devil´s Blood has returned into nothingness.

It has been a while since the announcement of our disbanding was made and we feel now is the right time to convey our plans for the legacy that TDB will leave.

Our music and artwork will remain available through both our own website and that of Ván Records as well as any other medium that will prove suitable.

At the time of the group’s disbanding there were several projects ongoing, each in different evolutionary stages. These were the following:

1. “III: Tabula Rasa or Death and the Seven Pillars”
A new, full length album with 7 new songs, for which only demos were made. Originally intended for a winter 2013 release. Artwork by Manuel Tinnemans

2. “66:2”
An acoustic EP with one new piece of music and 2 covers. Studio recordings unfinished. Originally intended for a release at Roadburn 2013. Artwork TBA.

4. Several live recordings. Not yet edited or mixed. Originally intended for use as live records, B sides and compilation material.

It is our desire to make all of this material available as it is right now. These recordings will be mixed and mastered by Pieter G. Kloos at the Void Studios in Eindhoven, The Netherlands. Nothing will be altered, re-recorded or added to the music.

We are currently working towards realizing this goal and a release date for items 1 and 2 looks to be 30th of April. This is still tentative. For the other items no immediate plans have been made but they will be released when the time is deemed right.

Upon the release of the album and EP, SL will be giving a limited amount of interviews in which he will be answering questions regarding the end of the band, the current state and future of the legacy of The Devil’s Blood etcetera. This will be the last time SL will be available for comment on the subject of The Devil’s Blood. After this point he will only focus on his future spiritual and artistic path. Interested parties should get in touch through our record label, Ván Records. Only serious candidates need apply.
TDB.

This website and the facebook page will remain on-line. So any imminent development regarding the legacy of The Devil’s Blood will be announced there. And nowhere else. The web store will remain open until further notice. 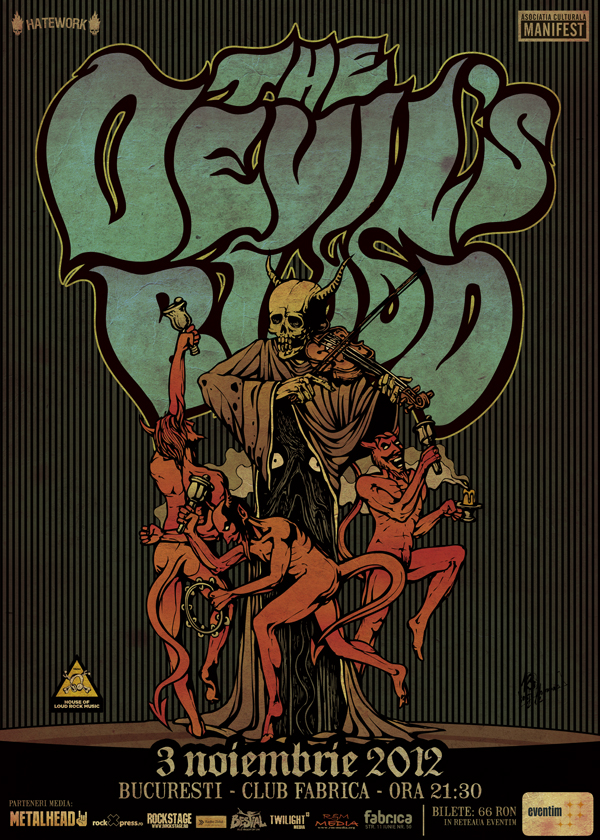 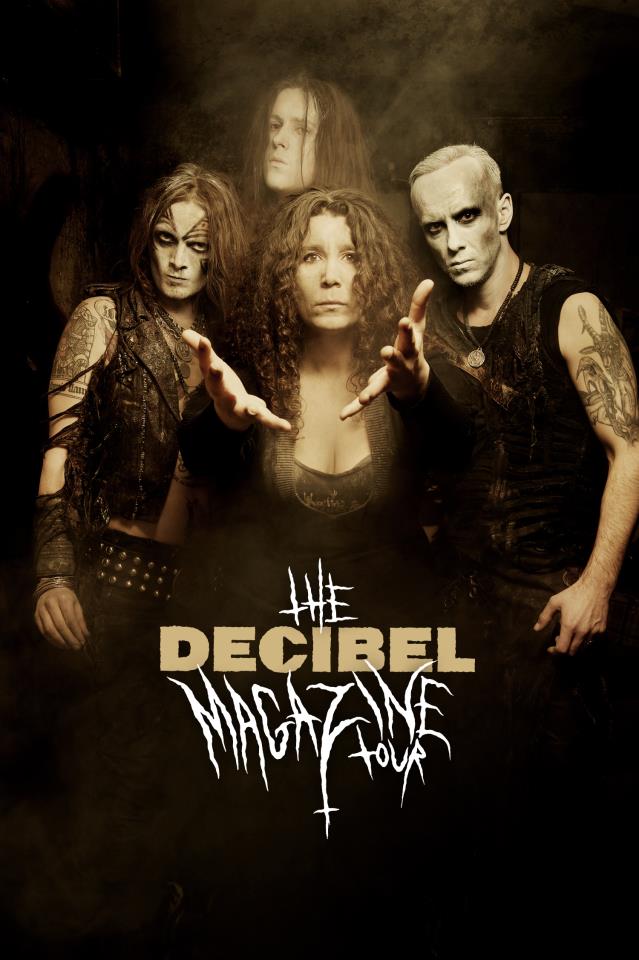 More details will be announced soon.

In case you have questions, visit the Evocations page to learn who to contact.